Opera House Arts is pleased to welcome back jazz pianist Yvonne Rogers to the OHA stage on Saturday, November 12 at 7pm. Yvonne will make her OHA headlining debut, having participated in The Deer Isle Jazz Festival as a George Stevens Academy student. Yvonne will be joined by fellow Maine jazz fixtures R.J. Miller on drums and Asa Meyer-Waldo on bass. 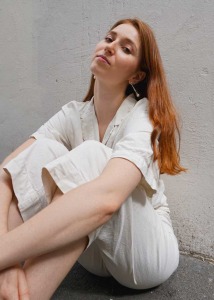 Yvonne Rogers is a pianist, composer, and multimedia artist from Penobscot, Maine. Growing up on the rural Maine coast, Yvonne began writing music that followed the meditative patterns and systems of nature before having any conventional understanding of theory or harmony. Fascinated by the sonic landscape and acoustics of her home, she carries this influence with her no matter where she is in the world. Curious about the relationship between music, space, and human experience, Yvonne’s work interacts with and is inspired by the people and places that surround her. 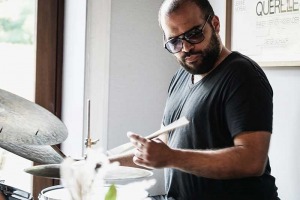 Born in Machias, R.J. Miller began playing the drums at age 11. He developed an appetite for good music early on, and attended a Jazz Camp in Farmington, Maine throughout his teenage years, where he played with other budding musicians and studied with some of New York’s finest musicians. R.J. moved to New York City in the fall of 2002, where he studied Jazz at New School University for one year. Since leaving the New School, Miller has been traveling, and living in New York. He has performed with musicians such as Bill McHenry, Robert Stillman, Eivind Opsvik, Rebecca Martin, Reid Anderson, Ethan Iverson, Mike Kanan, John McNeil, Ben Monder, Chris Higgins, Matt Penman, Pete Rende, Larry Grenadier, Luke Temple, and more. 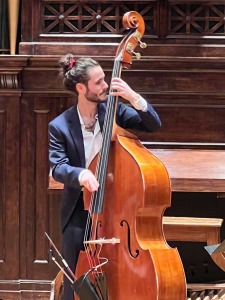 Asa Meyer-Waldo is a double bassist from West Bath, Maine. Fascinated with sounds old and new, he has been a student of jazz and classical music since picking up his first instrument, the guitar, at age 10. A year later, Asa began focusing on the double bass, and the rest is history. Since 2016 he has been an active part of New England’s vibrant jazz scene and has performed with the likes of Bill McHenry, Brad Terry, Tim Sessions and Mike McGinnis. Currently, Asa is completing his Bachelor’s Degree in Music Performance with a Jazz Studies concentration at the University of Southern Maine Osher School of Music. 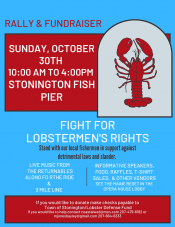